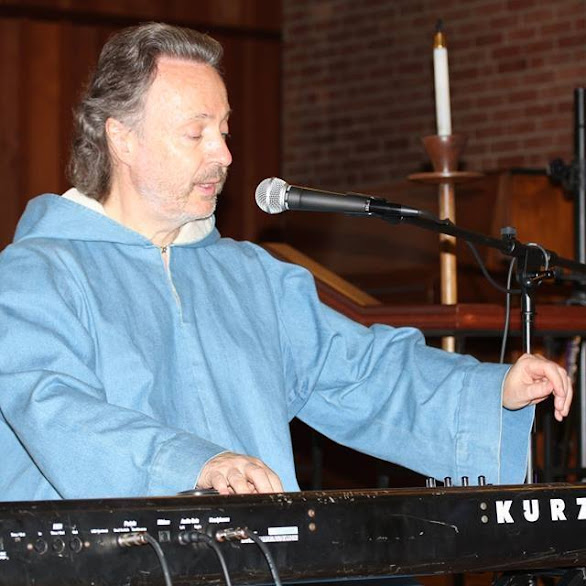 Stefan Andre Waligur is also known as Macushla, an Irish term of endearment meaning "heartbeat of the Beloved".

Living in Ireland for six years and now in the United States, Stefan is a contemplative, and a musician/composer. He is also a retreat leader and leader of new chant and kirtan around the world. He is an Oblate member of the Benedictine Community called Shantivanam in India and founder of the ecumenical Community of Peace in Louisa, VA.

Br. Stefan has served as Liturgical Musician  for the ecumenical Church of the Saviour in Washington, DC, as chaplain at American University, adjunct faculty at Memphis Theological Seminary and Music Director at Theological College in Washington, D.C., where he regularly led chanting sessions at the National Cathedral.

Classically trained at the New England Conservatory his music has been

A graduate of the New England Conservatory of Music, he has conducted music at First Night celebrations in Boston, MA and in Portland, Maine. His music has been performed by the Chamber Brass of Boston, the Artaria String Quartet, the Pittsburgh New Music Ensemble, and members of the Boston Ballet Orchestra.

After a life-changing visit to the Taize community in France he began to write music in a similar style. These new chants incorporate American rhythms and harmonies, Celtic melodies, and the call and response style of Indian kirtan. Now a growing number of churches  and gatherings in the US and Europe are regularly using these chants as a part of their life. In addition, he has been engaged as a teacher of English chant by the Buddhist community Plum Village in the south of France, which was founded by Thich Nhat Hahn.

Br. Stefan has traveled extensively sharing music and the message of peace in Europe, the United States, Israel/Palestine, and India. In the summer of 2021, after completion of his PhD thesis on the Transformative Spirituality of the Irish Lament, he will move to Virginia, near Charlottesville, and with a small group of friends,  begin the Community of Peace.

Community of Peace in Louisa, VA